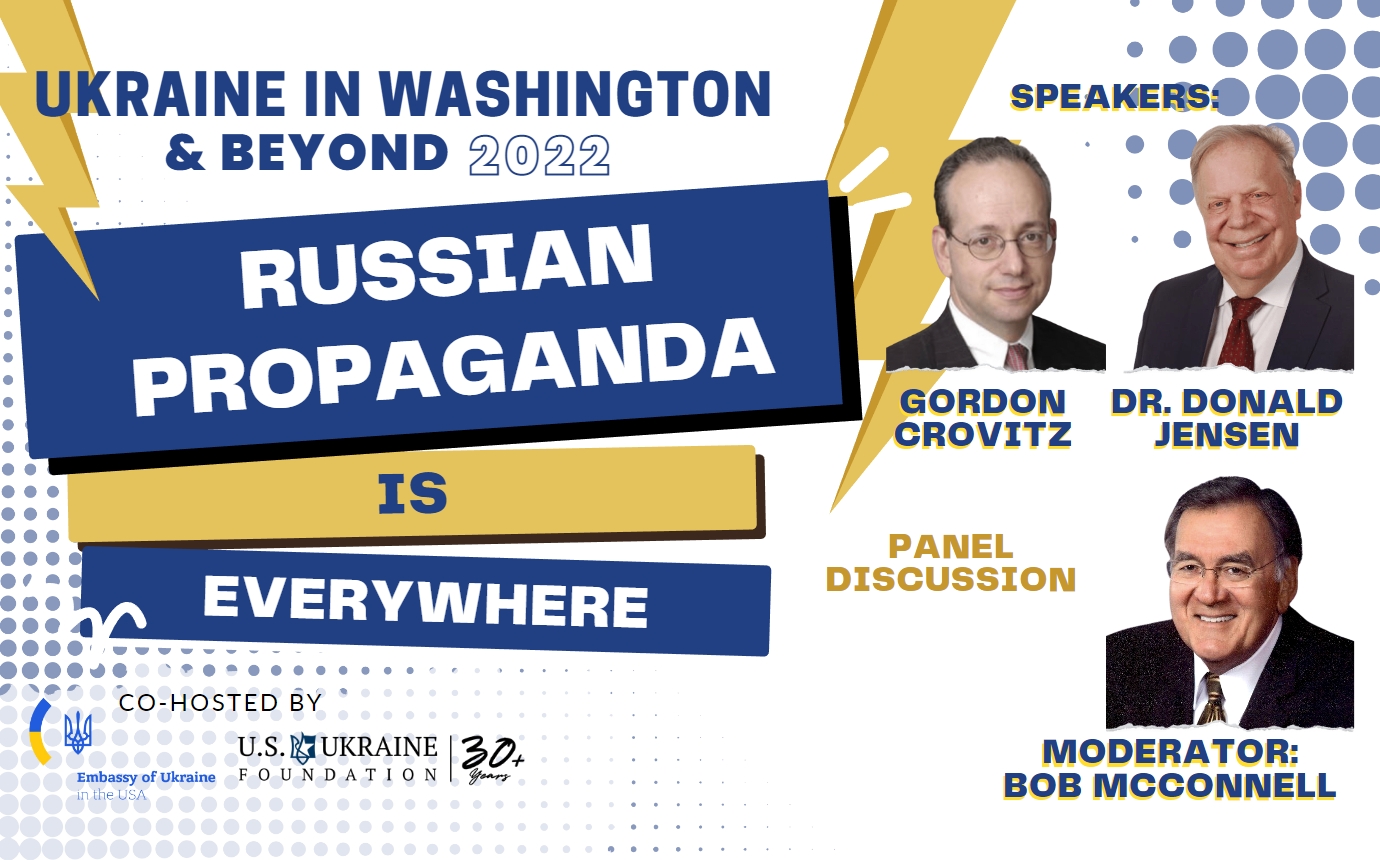 Beware some is obvious, most subtle

The Foundation sought to have genuine experts discuss Russia’s pervasive disinformation and propaganda machine and are delighted to have Gordon Crovitz and Dr. Don Jensen here for the discussion.

Gordon Crovitz has had many important positions in journalism as a journalist and executive. He is a former publisher of The Wall Street Journal who also served as executive vice-president of Dow Jones and launched the company's Consumer Media Group, which under his leadership integrated the global print, online, digital, TV and other editions of The Wall Street Journal, MarketWatch.com and Barron's across news, advertising, marketing and other functions But for this discussion his being Co-Founder of News Guard, which rates the reliability of news and information websites is most important.

Dr. Donald N. Jensen is Director of Russia and Europe at the United States Institute of Peace and an Adjunct Professor at the Krieger School of Arts and Sciences, Johns Hopkins University. A former US diplomat, Don has had numerous government positions where identifying and understanding Soviet and then Russian disinformation has been critical.  One such position was as Associate Director of Broadcasting and head of the Research Division at RFE/RL where he helped lead that organization’s expansion into new broadcast regions after the end of the Cold War and the adaptation of multimedia technology to deal with the broadcasting challenges of the 21stCentury.

Our colleague and member of our Friends of Ukraine Network General Phil Breedlove talks about the DIME approach to warfare. The four critical elements are D for diplomacy, I for information and disinformation, M for military and E for economic.

The Russians are pursuing their war-making one ach of these fronts and its "disinformation warfare" has been and is aimed at justifying their invasion and discouraging support for Ukraine.

Our panel will discuss all of this.