Presented by the U.S.-Ukraine Foundation and the Jamestown Foundation 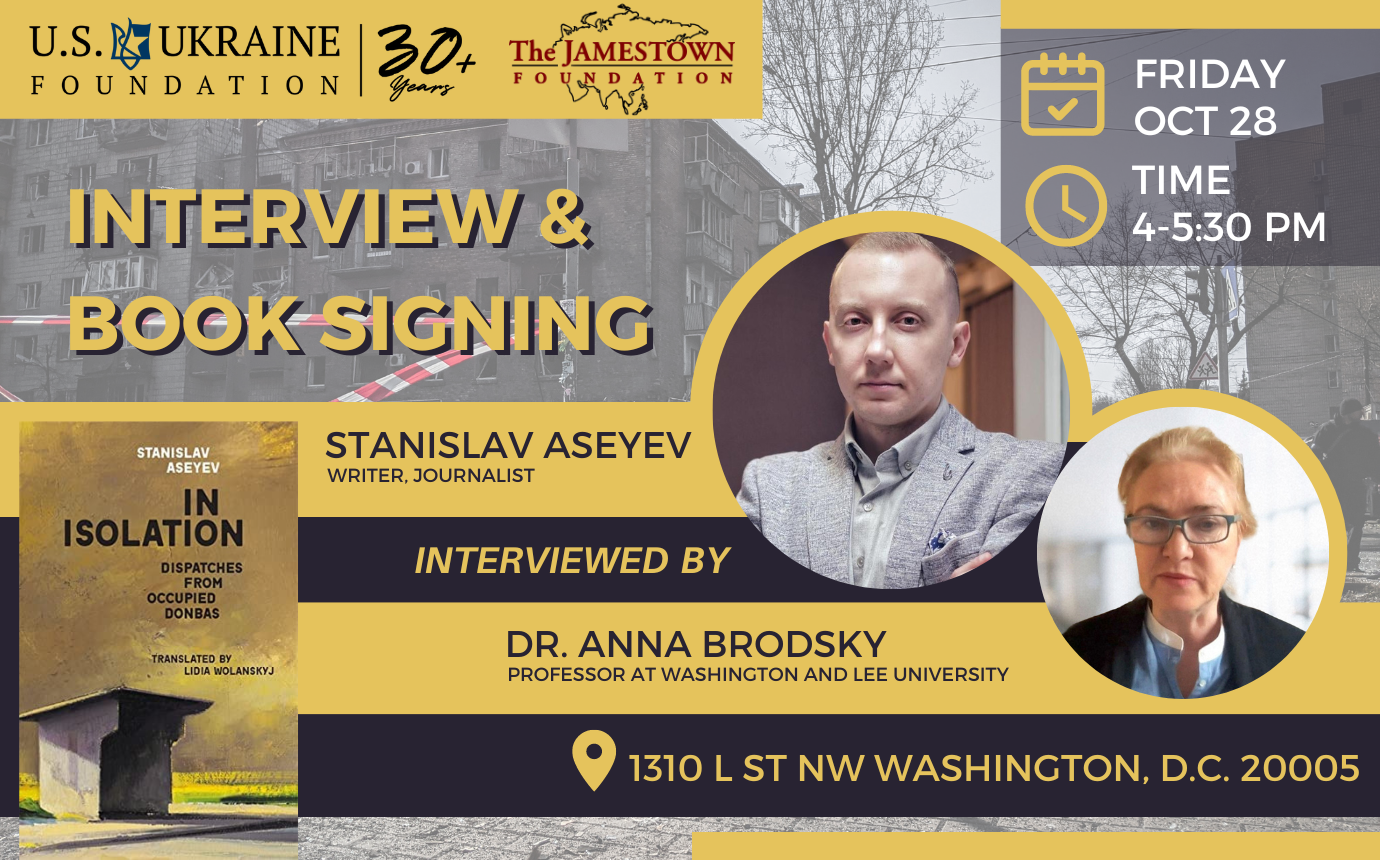 Stanislav Aseyev, Ukrainian novelist and journalist, was born in Donetsk, Ukraine in 1989 and has spent most of his life there. After Russia-backed terrorists occupied the city in 2014, he stayed in Donetsk to report on the developments in the region under pen name Stanislav Vasin.

In June 2017, Aseyev was kidnapped by separatist militants and imprisoned for 962 days for "extremism" and "spying." Aseyev spent a considerable part of his illegal sentence in the infamous Donetsk prison IZOLYATSIA, a factory building that was converted by militants to a secret prison and military base, where he was subjected to mistreatment and intermittent torture for over two and a half years.

Aseyev was freed in 2019 as part of a bilateral prisoner exchange between Ukraine and Russia. For his journalistic work in the conflict zone and coverage of war crimes, Stanislav Aseyev was awarded the Norwegian Free Media Awards 2020, as well as the National Prize for the Defense of Freedom of Expression in Ukraine 2020 and Shevchenko National Prize 2021.

D﻿r. Anna Brodsky is a professor of Russian and the head of the Eastern European and Russian Studies department at Washington and Lee University. Originally from Moscow, she received a B.A. in Art History from Moscow State University and a Ph.D. in Slavic Studies, Russian Literature from Yale University.

D﻿r. Brodsky has reported extensively on the Russian wars in Chechnya and Ukraine, visiting the front Iines of the Donbas war in 2015 and working with Chechen refugees in Europe. She is a regular contributor to the Ukrainian newspaper Dzerkalo Tyzhnia as well as a frequent guest on UATV.