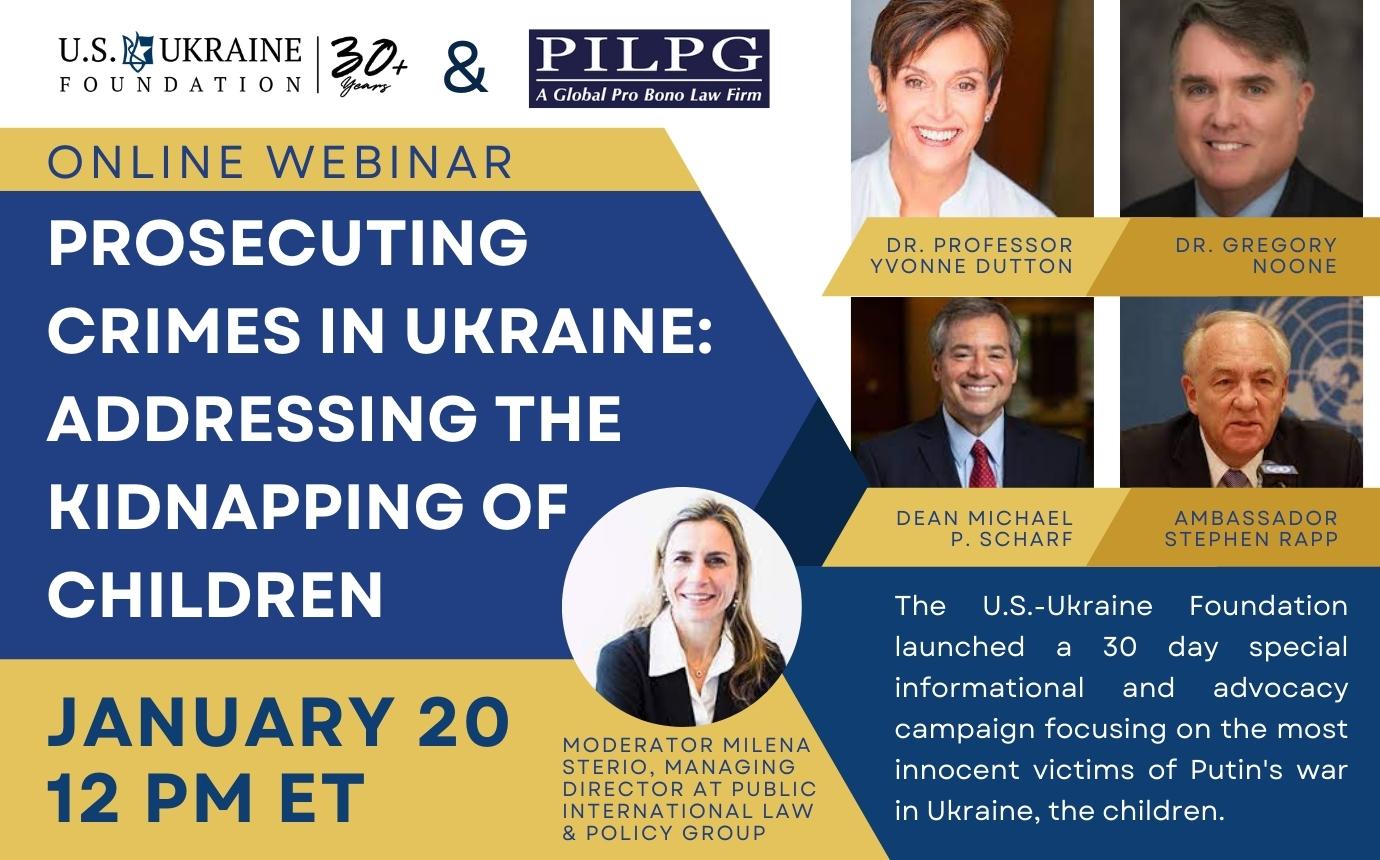 On January 20, at12 pm ET The U.S.-Ukraine Foundation in partnership with Public International Law & Policy Group invites you to attend the online webinar Prosecuting Crimes in Ukraine: Addressing the Kidnapping of Children as a part of U.S.-Ukraine Foundation`s 30-dayspecial informational and advocacy campaign focusing on the most innocent victims of Putin's war in Ukraine, the children.