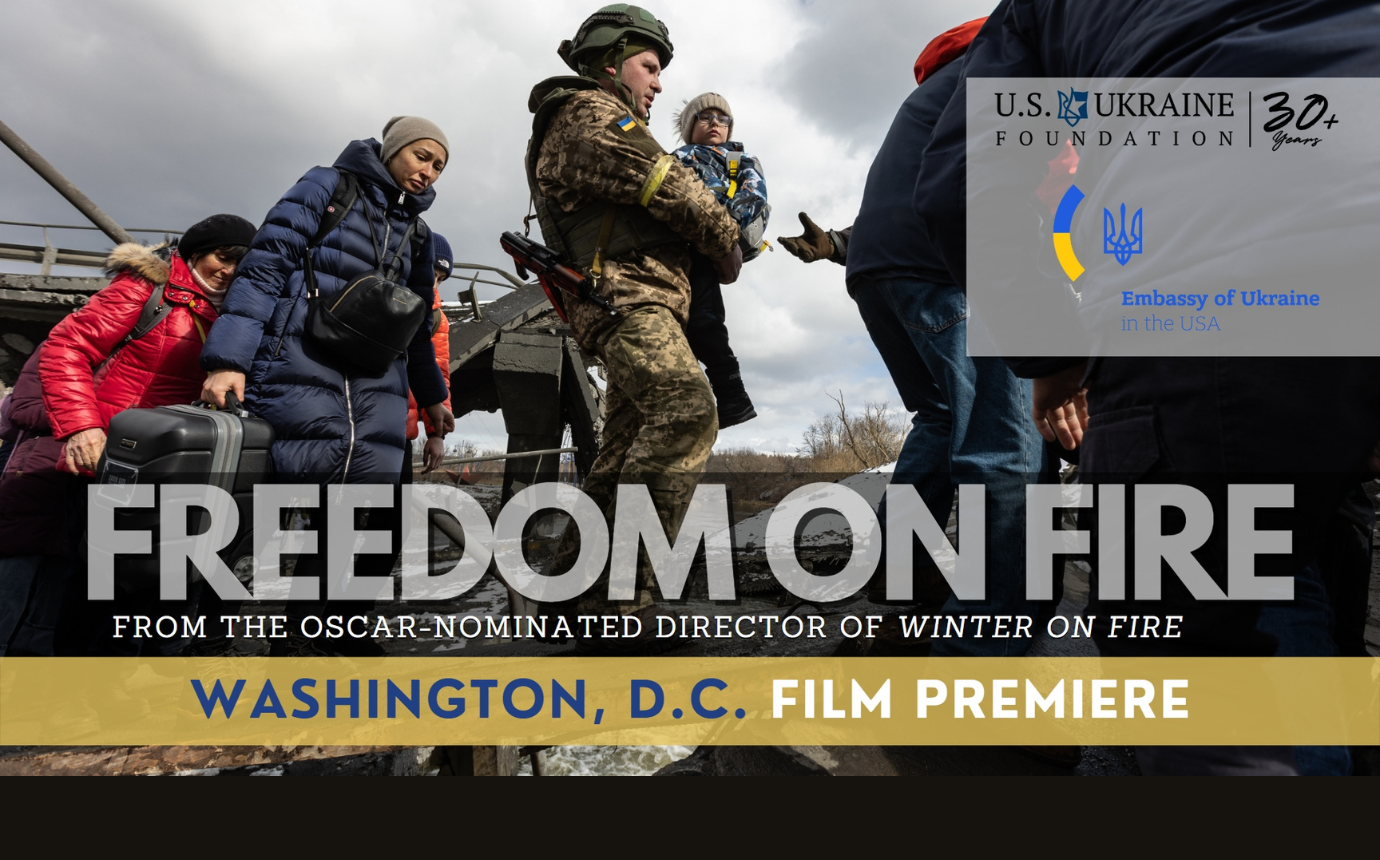 On November 30, the U.S.-Ukraine Foundation and Embassy of Ukraine in the USA presented the D.C. premiere of Evgeny Afineevsky’s new film Freedom on Fire: Ukraine’s Fight for Freedom. This film, which documents the first six months of full-scale war in Ukraine, is the sequel to Afineevsky’s Oscar- and Emmy-nominated 2015 film Winter on Fire: Ukraine’s Fight for Freedom, which documented the Euromaidan Revolution.

The film screening was preceded by a Q&A session with the director and three people featured in the documentary:
-Nataliia Nagorna, a Ukrainian war journalist for the television channel 1+1
-Anna Zaitseva, who hid who hid with her infant son underneath the Azovstal iron and steel plant for more than two months, then was taken through a Russian filtration camp before being released to the Red Cross and United Nations
-Dmytro "Orest" Kozatskyi, a member the Azov Battalion who filmed videos of the civilians living under the bombings of the Azovstal plant, shocking the world

The panel was moderated by Hollie McKay, a war crimes investigator, author, and journalist who formerly worked for Fox News. She had just returned from reporting in Ukraine.