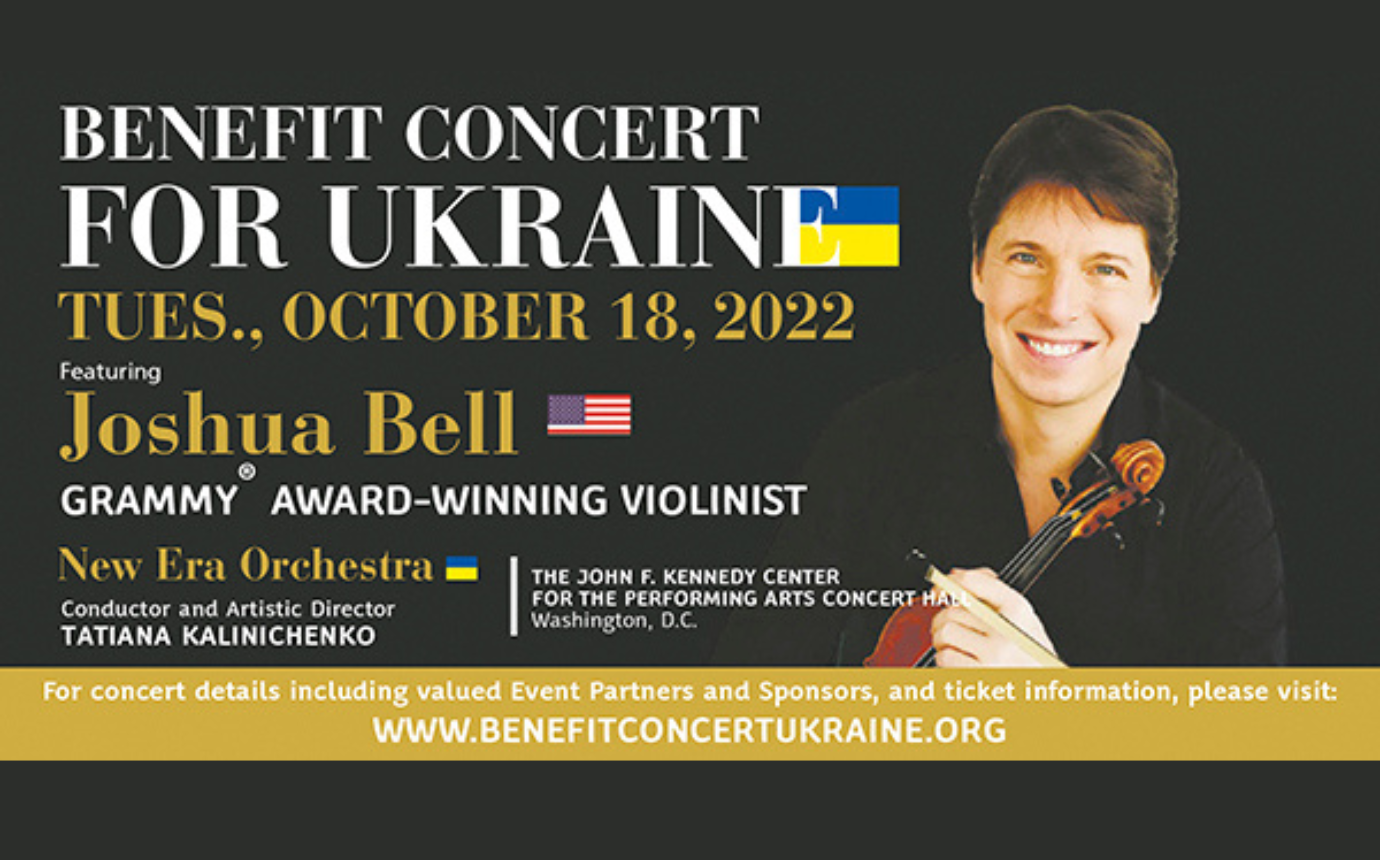 The U.S.-Ukraine Foundation is proud to invite you to the BENEFIT CONCERT FOR UKRAINE at the Kennedy Center Concert Hall on Tuesday, October 18 at 7:30 p.m. featuring global superstar American violinist, Grammy Award-winner Joshua Bell, and internationally acclaimed New Era Orchestra of Kyiv.

The concert is organized by the Chopivsky Family Foundation. The U.S.-Ukraine Foundation strongly supports the concert and serves as a Benefit Concert Event Partner.

Please support the Benefit Concert for Ukraine by buying tickets and spreading the word about this outstanding event amongst your communities, colleagues, and friends!

Bell has performed for three US Presidents as well as the sitting justices of the US Supreme Court. New Era Orchestra, under artistic director, conductor, and founder Tatiana Kalinichenko, is globally recognized as a leading chamber orchestra in Ukraine. Bell and NEO have performed together three times in the past, all in Ukraine. October 18at The Kennedy Center will be a world-class artistic event marking a new pinnacle - their first joint performance in the US.

As President of Ukraine Zelensky said: “When democracy wins in one country, it wins all over the world. When freedom is defended in one country, it is defended all over the world.” The United States is the biggest ally of Ukraine, and the artistic collaboration between Joshua Bell and NEO exemplifies the historic ever-strengthening partnership between the United States and Ukraine in Ukraine’s resolute fight defending freedom and democracy for the world.

We sincerely thank you for your support!