Putin and his Putinistas ravage the breadbasket of Europe

There is a global price to pay when the “breadbasket of Europe” is bombed, mined and made a militarized zone by Putin and his Putinistas. 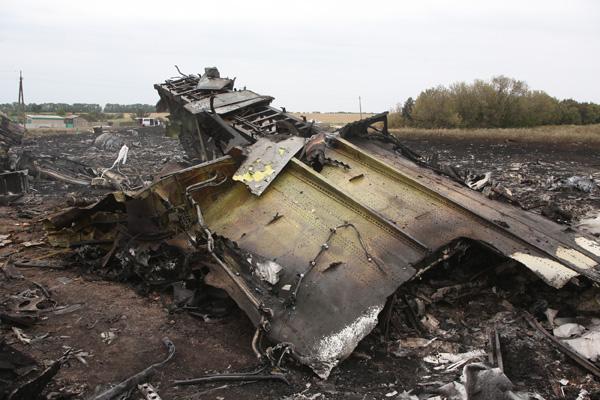 Please note, the introductory comments and the non-agricultural facts in the text are Mr. McConnell's words and do not necessarily represent the views of the U.S.-Ukraine Foundation or the Friends of Ukraine Network.

The reports of Russia’s manifest and profound immorality and wickedness just keeps coming. The latest headlines of at least 39 people being killed, including four children, in a rocket attack on a train station in the eastern Ukrainian city of Kramatorsk that is being used for civilian evacuations is more evidence of Putin’s – and his army’s – evil.

Many such reports are hitting us day-after-day. We – the United States and the west – are doing a lot to support the people of Ukraine but we are not doing enough! We must do more now!

And, indeed, one context that not enough has been said about has to do with the devastation of “the breadbasket of Europe”.

We must not let the entertaining internet videos of farmers in Ukraine acquisitioning Russian tanks and armored personnel carriers with their tractors keep us from focusing on the agricultural disaster taking place.

Reports cited to the Ukraine’s Ministry of Defense intelligence operations state that Russia has been purposefully bombing and/or commandeering agricultural machinery in the Ukraine, at least through last week. The latest was in the Sumska Oblast in North Central Ukraine where a warehouse full of equipment was destroyed. Other areas hit include neighboring Chernivetska, the Kyivska Oblast surrounding Kyiv, and Kahrkivska where Kahrkiv is located. Zaporizka (south east) and Khersonska (south central where the ports are located) have also been targeted.

Data compiled by USDA FAS, reported from the State Statistics Service of Ukraine, the 5-year 2016-2020 average production of wheat and corn for each region is in the table below, with maps also provided below for context

Some of the larger producing oblasts seemingly have not been attacked as the targeting follows troop and military positioning, but nonetheless, ag production is serving as a strategic objective for the Russian military.

Combined, these areas under attack make up approximately one-quarter of Ukraine’s wheat, corn, barley and sunflower production. Which is significant considering Ukraine accounts for about 12 percent of global wheat exports, 13 percent of total corn exports, 14 percent of total barley exports, and 50 percent of global sunflower oil exports. Russia, of course, which is now under sanctions from much of the world is a larger exporter of wheat, and has about the same volume of barley exports as the Ukraine and is also a significant exporter of sunflower oil, though not as large as Ukraine.

Below is from FAS’ production, supply and demand estimates for MY 2021/2022 prior to Russia’s invasion.

Given the sabotage of the farm machinery, general destruction of infrastructure, supply shortages, and financial impact of the Russian invasion, there are estimates that up to one-third of normal acres in the Ukraine won’t be planted this spring – and that percent grows with the length of the war.

The government, however, is encouraging farmers to get in the fields by covering interest on operating loans and providing a guarantee up to 80 percent of loan payments, though those guarantees are capped at $USD 1.5 million. There is also a size limit on the farms eligible, they must be € 20 million equivalent or less in gross revenue.

Meanwhile, sources in Russia indicate the Russia is “highly” dependent on imported seeds, 100 percent dependent on pesticides, and “pretty” dependent on machinery and parts, which is not a strong sign of any stability as long as sanctions last.

Another important note, a high percentage of the agricultural labor in EU is Ukrainian – especially in the hog sector. It was reported from industry sources that in many cases Ukrainians left the EU to go back to fight/be with family. The ag/livestock labor situation in the EU depends on how many return to work, and whether they bring more people back with them because of conditions in Ukraine.

In considering all this keep in mind that none of these realities matter to Vladimir Vladimirovich Putin. His objective is to destroy Ukraine and the people for believing they are a nationality and a country.

Most of us have heard that in most towns and villages destroyed by the Russian war criminals families have to bury their dead in their yards because the cemeteries have been mined. Think about farmers trying where they can to harvest the winter wheat this summer and plant new crops. Russia has made this a life-threatening job with ramifications far beyond Ukraine’s borders.

And, despite the obvious Russian atrocities there remain in this country those still question whether Ukraine matters.