OPINION from Robert McConnell: What the Ukrainians Are Fighting For 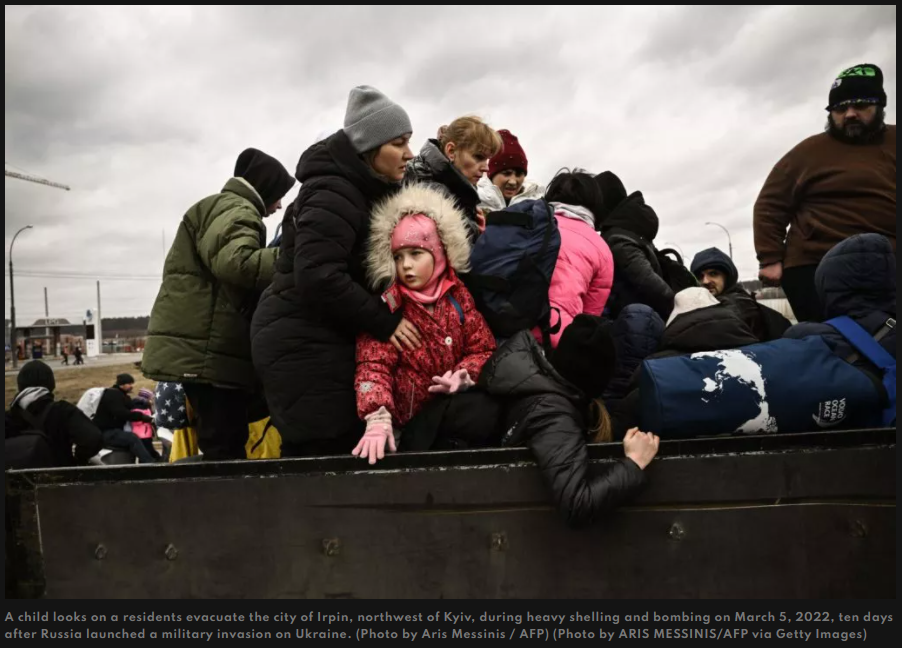 Having listened to many Americans it would seem what they are watching on television from Ukraine is inspiring but also a bit – maybe – surprising. What the people of Ukraine are doing in the face of Putin’s barbarianism seems almost unbelievable to many.

I think such a reaction is likely because we in America have been comfortable and complacent for too long.

In 1961 Ronald Reagan said, “Freedom is never more than one generation away from extinction. We didn’t pass it on to our children in the bloodstream. The only way they can inherit the freedom we have known is if we fight for it, protect it, defend it, and then hand it to them with the well fought lessons of how they in their lifetime must do the same. And if you and I don’t do this, then you and I may well spend our sunset years telling our children and our children’s children what it once was like in America when men were free.”  We haven’t had to fight for our freedom for a very long time.

It is different in Ukraine.

What we are seeing in Ukraine are people who only 30 short years ago lived under the repressive Soviet regime controlled from “the Center”.  The people of Ukraine experienced and remember, or their parents experienced and pass on the history of control from “the Center” – the denial of their religious rights, the Holodomor, the shortages, the Gulag, the fear and lost hope.  Yet they enjoyed a peaceful and democratic transition to freedom and independence in 1991.  But now Putin is making the people of Ukraine fight their War for Independence. He wants to take away what they have and replace it with what they knew not long ago.

To the people of Ukraine the difference between freedom and control from “the Center” is very real and they have chosen freedom and are determined and passionate in the fight.

Follow this link to an excellent article What the Ukrainians are Fighting For by David Kramer.