OPINION from Robert McConnell: Is it only Russia that signs and ignores agreements?

The U.S. persuaded Ukraine to give up its nuclear weapons 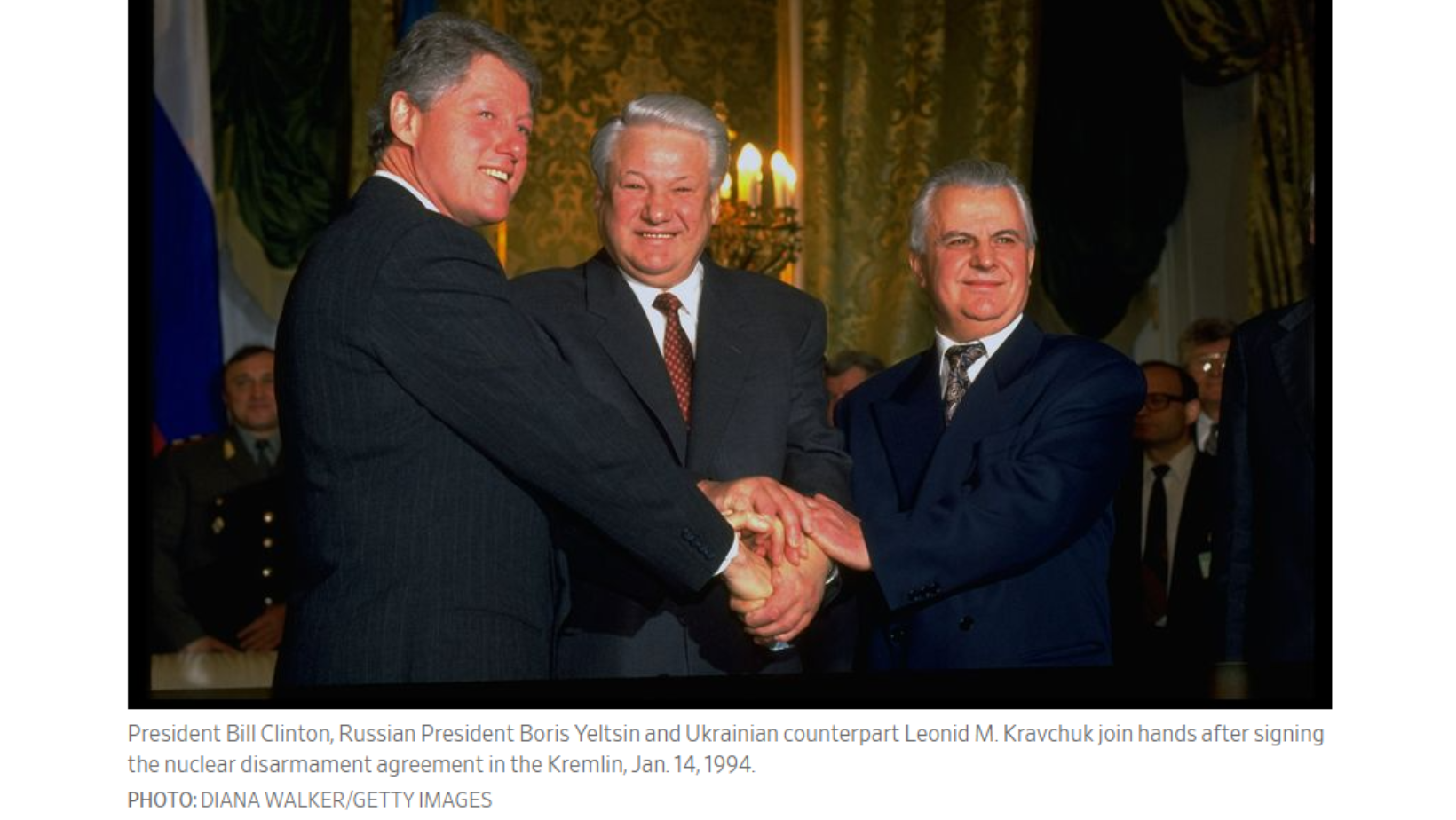 One is not supposed to mention the Budapest Memorandum in polite company, but I am going to do so anyway.

To get Ukraine to release the nuclear arsenal on its soil to Russia – to Russia – the United States, Great Britain and Russia signed the Budapest Memorandum providing that if Ukraine would release those nuclear weapons to Russia the other signatories would “assure” Ukraine’s borders and sovereignty.

I know, raise the issue and you are told “assurances” are not “guarantees” and the excuses weave their way through definitional distinctions that, in truth, lead you to seeing the United States and Great Britain treating the Budapest Memorandum the same way Russia treats essentially every agreement it signs – use it when convenient and discard it when not convenient.

A normal person sees parties agreeing that if one does this, the other will do that. Ukraine did “this” and we are not doing “that”.

Drop the nuanced excuses and do what is morally right – No-Fly Zone for a start.

Please note - and know - the headline for this email, the introduction and the parenthetical comments throughout are Mr. McConnell's and do not necessarily represent the views of the U.S.-Ukraine Foundation or the Friends of Ukraine Network.

How Ukraine Was Betrayed in Budapest

Kyiv gave up its nuclear weapons in return for security assurances. So much for that.

As the people of Ukraine steel themselves for a Russian attack, it’s worth recalling how the U.S. persuaded the country to give up its nuclear weapons. The event was the Budapest Memorandum of 1994, in which the U.S., Great Britain and Russia offered security assurances to the nation that had won independence when the Soviet Union dissolved.

That was the halcyon post-Cold War era when history had supposedly ended. Some 1,800 nuclear weapons were on Ukrainian territory, including short-range tactical weapons and air-launched cruise missiles. The U.S. wanted fewer countries to have fewer nukes, and U.S. credibility was at its peak.