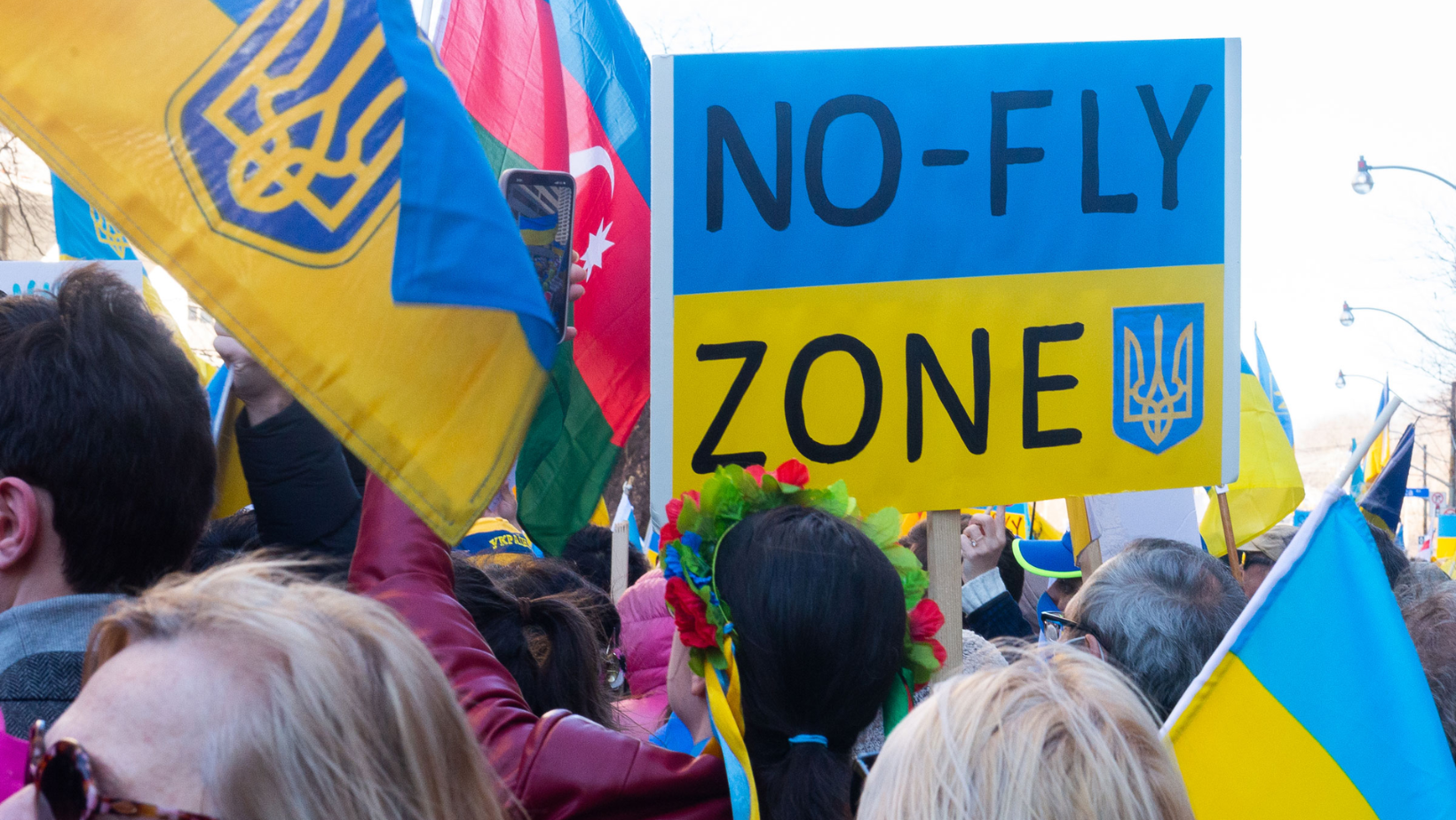 The U.S.-Ukraine Foundation's Friends of Ukraine Network (FOUN) has been calling for a No-Fly Zone for some time now, as have many others. The Administration has rejected the idea repeatedly most often on the grounds a NFZ would escalate the war.

The rejection of the idea has not and will not take the strong recommendation off the table. Too many things have been taken off the table and Putin continues to escalate the war, a war that has citizens of the United States watching barbaric assaults on the people of Ukraine. We watch the evil killing of innocents while the United States withholds a significant life-saving defense.

There are variations of No-Fly Zones and what is called for below is a limited No-Fly Zone designed to protect humanitarian corridors only.

It must be considered and put in place. Innocents are dying - in no rational construct is simply providing protection for such corridors and escalation, putting such a NFZ in place is morally the right thing to do.

DRIVING THE DAY This morning we have a pair of significant Ukraine-related exclusives.

ON THE NO-FLY ZONE: The group of 27 foreign policy heavyweights has signed an open letter to the Biden administration calling for a “limited no-fly zone.” The campaign is led by ROBERT MCCONNELL, co-founder of the U.S.-Ukraine Foundation.

We, the undersigned, urge the Biden administration, together with NATO allies, to impose a limited No-Fly Zone over Ukraine starting with protection for humanitarian corridors that were agreed upon in talks between Russian and Ukrainian officials on Thursday. NATO leaders should convey to Russian officials that they do not seek direct confrontation with Russian forces, but they must also make clear that they will not countenance Russian attacks on civilian areas. Vladimir Putin’s decision to invade Ukraine has caused massive devastation and loss of life for Ukrainians. His premeditated, unprovoked and unjustified war of aggression has created the greatest crisis on the European continent since the end of World War II. Despite the truly heroic efforts by Ukrainian soldiers and average citizens to resist the marauding Russian forces, Putin’s military is poised for further attacks on major cities, including the capital Kyiv. Targeting residential buildings, hospitals and government complexes, as well as nuclear power plants, Russian forces will be responsible for an even higher death toll. The international community has responded swiftly through an unprecedented array of sanctions and a significant increase in lethal military assistance to help Ukraine defend itself. But more must be done to prevent more widescale casualties and a potential bloodbath. President Biden and NATO Secretary General Stoltenberg have stated that neither the United States nor NATO will engage Russian forces on the ground in Ukraine. What we seek is the deployment of American and NATO aircraft not in search of confrontation with Russia but to avert and deter Russian bombardment that would result in massive loss of Ukrainian lives. This is in addition to the request from Ukrainian leaders for A-10 and MIG-29 aircraft to help Ukrainians defend themselves, which we also strongly support. Already more than a million Ukrainians have fled their country to escape the brutality Putin has unleashed. Estimates suggest that that number could reach 5 million, more than 10 percent of the population. Several thousand Ukrainians have already died from Putin’s latest aggression, on top of the more than 14,000 killed following Putin’s first invasion of Ukraine starting in 2014. Ukraine is facing a severe humanitarian disaster, and the effects are being felt across the European continent and beyond. The refrain “never again” emerged in the wake of the Holocaust, and Ukrainians are wondering whether that pledge applies to them. It is time for the United States and NATO to step up their help for Ukrainians before more innocent civilians fall victim to Putin’s murderous madness. Ukrainians are courageously defending their country and their freedom, but they need more help from the international community. A U.S.- NATO enforced No-Fly Zone to protect humanitarian corridors and additional military means for Ukrainian self-defense are desperately needed, and needed now. (Note: Affiliations are for identification purposes only; individuals are signing in their personal capacity.)

The introductory comments are Mr. McConnell's and do not necessarily represent the view of the U.S.-Ukraine Foundation or the Friends of Ukraine Network (FOUN).