Her group, called "Dattalion" is fighting a different kind of battle 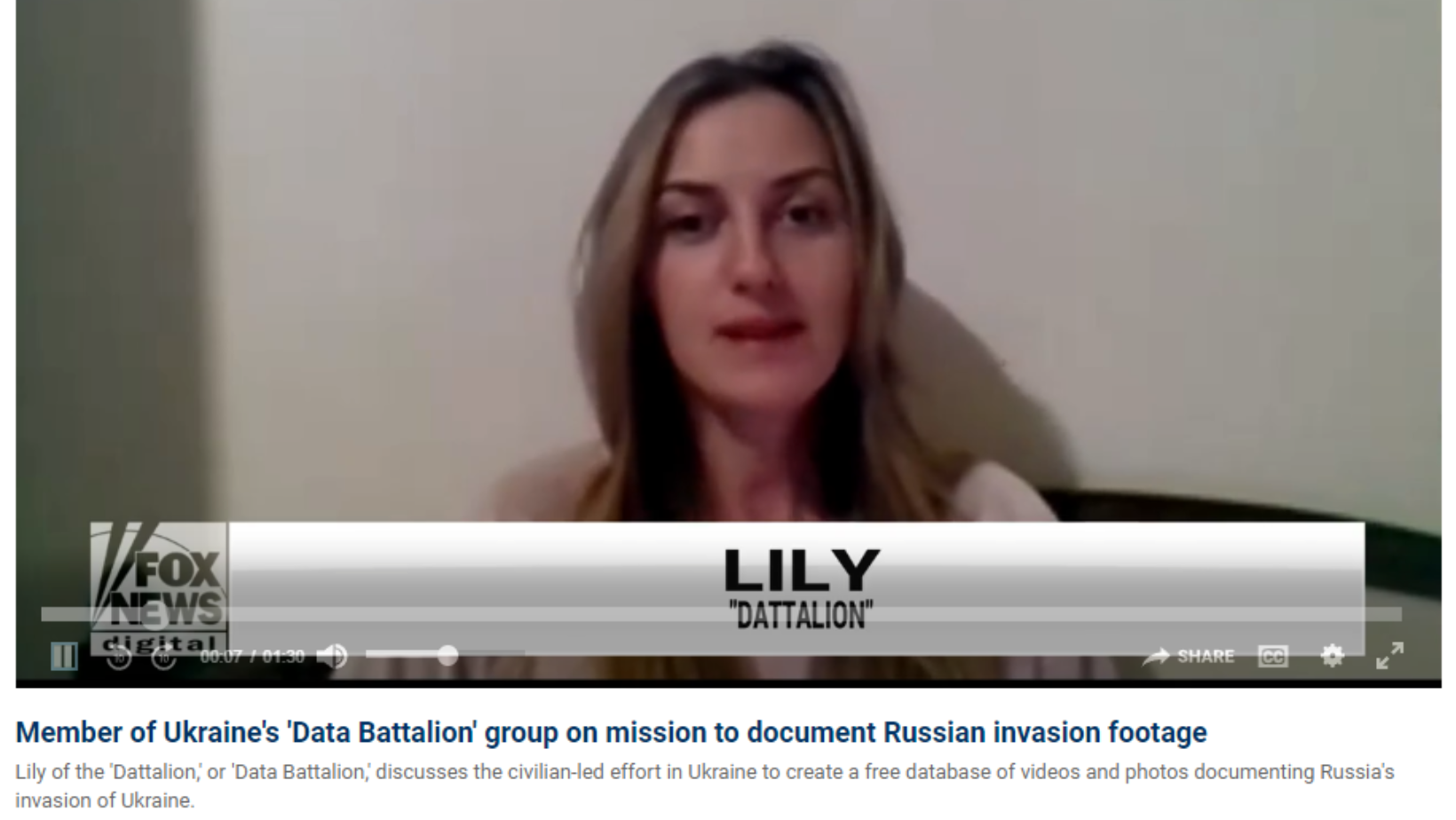 As Ukraine continues to resist Russia's invasion, citizens across the country describe themselves as more united than ever and eager to help in any way they can, including in what one Ukrainian named Lily calls the "digital war."

Her group, called "Dattalion" and led by some of Ukraine's top professional women, isn't shooting down planes but rather is fighting a different kind of battle by documenting the bloody war, day by day.

One of the Dattalion's leaders, going by "Mariya" instead of her real name for security purposes, told Fox News Digital the mission is simple: Tell the world the truth about what's happening in Ukraine through the power of images.  Click for more