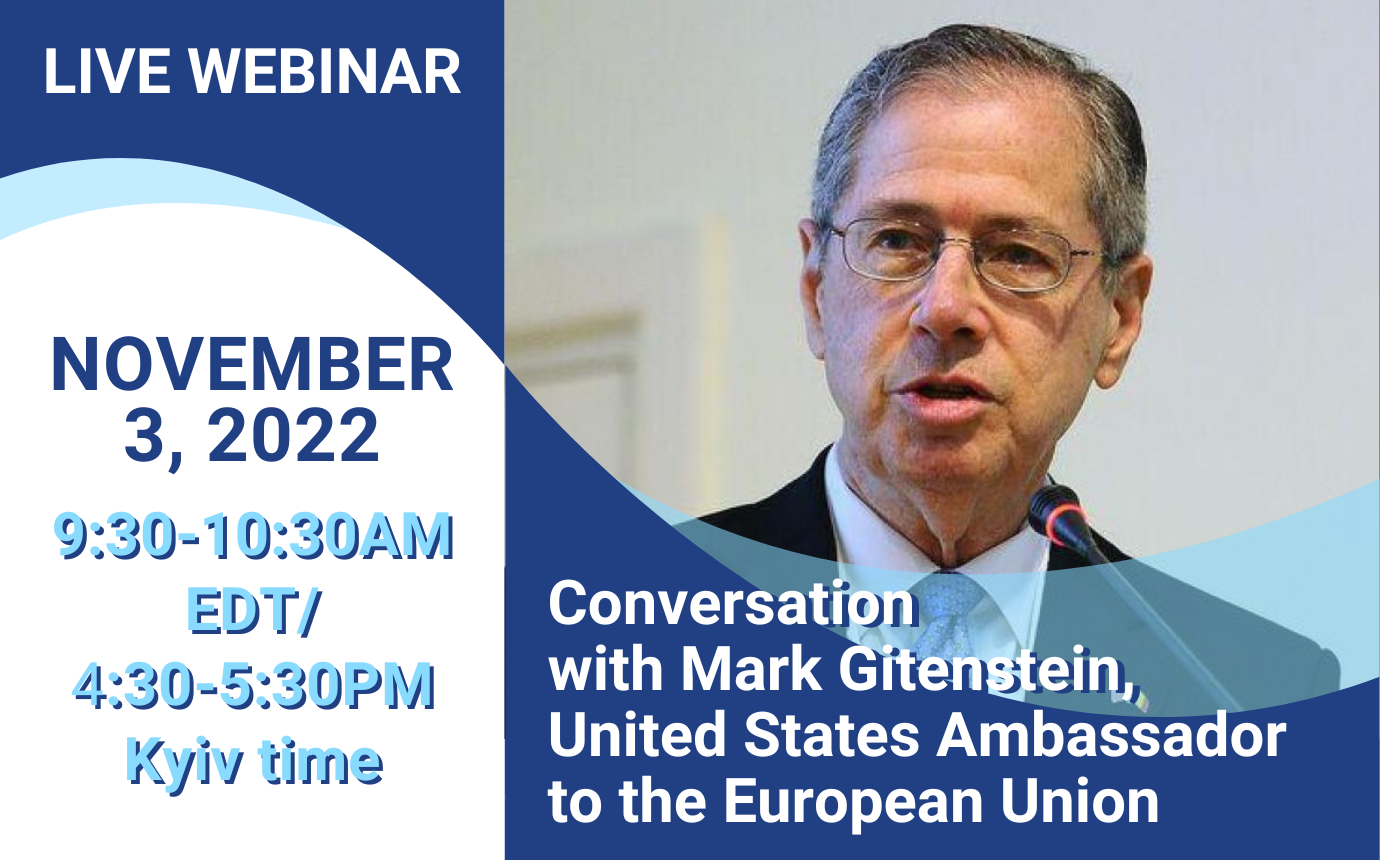 This is an opportunity to hear from our Ambassador to the European Union at this critical time.

How is the EU supporting Ukraine, what more can be done, what are the prospects for Ukraine’s joining the EU?

The Romanian English-language news daily Nine O'Clock selected Ambassador Gitenstein as "The Foreign Diplomat of the Year for 2011".

He became a partner at Mayer Brown in 1989 and was a "nonresident senior fellow" at the Brookings Institution. He was selected by his peers several times for inclusion in "Best Lawyers in America".

Brzezinski is an American foreign policy and military affairs expert.

He served as a member of the Policy Planning Staff in the Department of Defense in 1991–1993, and was also a consultant to the Center for Naval Analysis in 1991–1992.

In 1993–1994, Brzezinski became a volunteer advisor to the government of Ukraine, where he assisted Ukraine's National Security Council, Foreign Ministry, Defense Ministry and Parliament.

He returned to the United States in 1995 and became Legislative Assistant for National Security Affairs to Senator William Roth. In 2000, he became a Senior Professional Staff Member for the Senate Committee on Foreign Relations.

He served as Deputy Assistant Secretary of Defense for Europe and NATO Policy in 2001–2005.

﻿Co-Founder of the U.S.-Ukraine Foundation

﻿McConnell serves as the Director of External Affairs for the Foundation’s Friend of Ukraine Network.